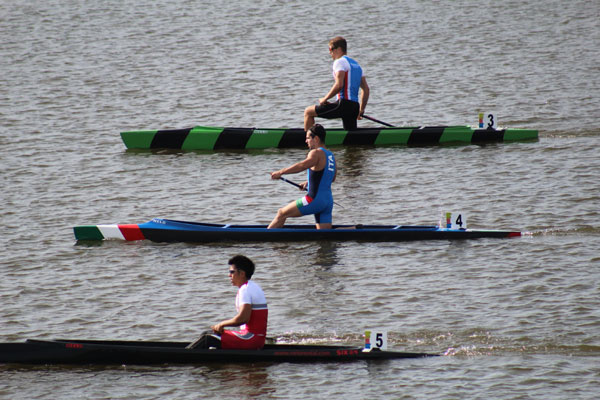 Poland is the biggest delegation in this championship, with 26 athletes, and one of the favorites to win several medals. Portugal and Germany also dominated the competition, although the races were very hard-fought.

Janne Mäntynen is the only representative of Finland and is competing on K1 500m. After finishing the first race in 4th place, he has now to paddle for the last places available on the final. 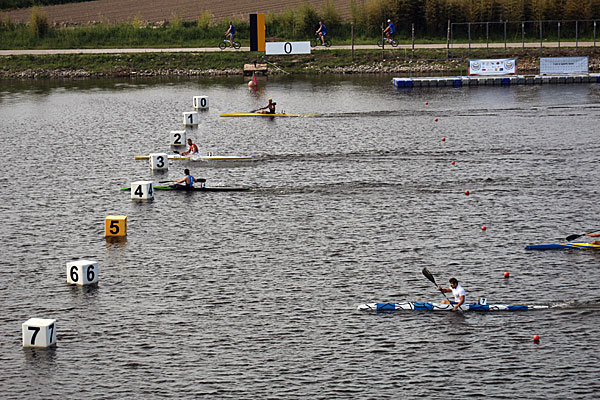 Pawel Kaczmarek - Besides the Portuguese athlete Francisca Laia, there are other Olympic athletes participating in the 7th World University Canoe Sprint Championship. We had a little chat with Pawel Kaczmarek. For the 21-year-old Polish canoeist, Montemor-o-Velho High Performance Centre is a very special place since he saw his qualification for the 2016 Olympic Games in Rio last weekend, during the World Cup.

He has been practicing Canoe for nine years and is studying Physical Education. “It’s hard to manage studies with training, because I spend more time in camp than in classes”, he explains. Right now he is one of the 162 participants of the 7th WUC Canoe Sprint and for him this is an “opportunity to show a best side and to gain other experiences.”

In the 11th hangar, we found Filip Dvorak from Czech Republic. The athlete who usually competes with a partner in C2 is now participating alone in Montemor-o-Velho. “I’m almost 28 and this is my last chance to participate in a university championship, so I really wanted to come and try to win some medals.”Filip Dvorak

Filip practices Canoe since he was a little boy and studies Economics and Management in Prague, but confesses that it’s not easy to finish the course. “Fortunately, I have an Olympic scholarship that allows me to do both – the course and competition.” He has already been in the Olympic Games, in London 2012, where he and his partner finished in 5th place. “That was a very good year for us and we really aimed for a medal, we were a little disappointed with the results, but that’s life”, he says.

Live results and timetable can be followed in: www.canoesprintportugal.com