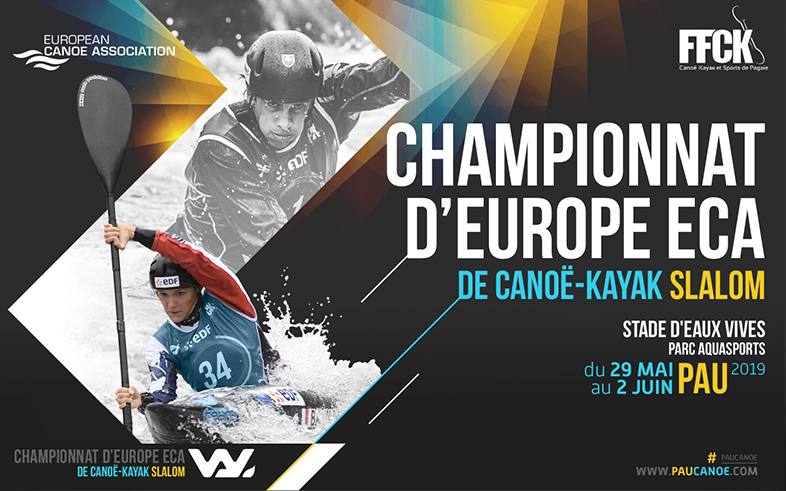 On the entry list we can find many top level competitors, Olympic medallists, European and World Champions. This year European Canoe Association introduced a novelty - the defending European Champions have a direct right to participate at Senior Canoe Slalom European Championships, so some countries will have four instead of three competitiors in the event where their athlete defends the title won at last year's European Championships in Prague.

In men's K1 event Peter Kauzer from Slovenia defends the European Champion title and is really looking forward to compete at the course where he won bronze medal at the 2017 World Championships and also recorded wins at this venue at World Cup races. The task of defending the title, however, will not be easy. Czech team arrived to France with their star team, including Jiri Prskavec and Vit Prindiš, and Vavrinec Hradilek who returned to the national team after a few seasons. List of the athletes who will fight for the top spots does not end here: German paddler Hannes Aigner, Italian Giovanni de Gennaro, Dariusz Popiela from Poland, French Boris Neveu and 2016 Olympic Champion Joe Clarke from Great Britain are only a few of those who aim for the gold medal.

Special attention in women's kayak will be directed to medallists of the previous championships, including defending champion Ricarda Funk, Austrian Corinna Kuhnle, Spanish kayaker Maialen Chourraut, Czech paddler Katerina Kudejova, British Fiona Pennie, Italian Stefanie Horn ... Slovak Jana Dukatova is coming back after a year to compete among the best in Europe. She gave birth to a daughter last June.

Host nation expects a lot from the 2016 Olympic champion Denis Gargaud Chanut, who will be on the start line in men's canoe race. Germans Sideris Tasiadis and Franz Anton, British paddler David Florence, Slovenian Benjamin Savšek and Slovaks Michal Martikan and Matej Benuš will be only a few of those who will be Gargaud's strongest opponents. Three-times European Champion Alexander Slafkovsky from Slovakia will have to skip this championships because of health problems, so Marko Mirgorodsky got a chance to be in the Slovak team at the first major canoe slalom competition of this season.

There will be some strong names on the start in women's canoe too. Viktoria Wolffhardt and Nadine Weratschnig from Austria were medallists of the previous two European Championships, Nuria Vilarrubla will fight for the Spanish team, Tereza Fišerova is one of the hopes for the medal in Czech team, Mallory Franklin and Kimberley Woods from Great Britain and French trio Lucie Baudu, Lucie Prioux and Claire Jacquet all aim for the medals in Pau. Jasmin Schornberg, German slalomist, 2009 World Champion in women's kayak, will compete in France also in women's canoe.