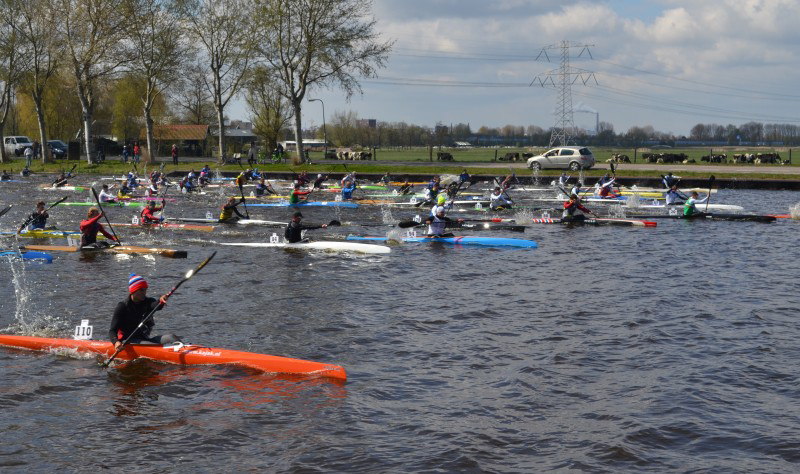 Wins in main events of the 47th Amsterdam Waterland Marathon went to Denmark and Hungray thanks to Mads Brandt Pedersen and Zsofia Czellai-Voros who were the fastest in their respective categories.

It was a tough race in Netherlands for everyone with strong wing and low air temperatures, so the record time of the 24 kilometres long course set in the past edition by Sean Rice was not beaten this year.

The marathon introduced new start, actually there were two separate mass-starts with junior men, senior women and master men starting first, followed by second start with senior men. In the latter there was a big 500 metres long false start.

Another win for Hungary was won in men’s junior event where Zsombor Ory reached the finish line ahead of British kayakers Zac Traver and Jordan Martyn. In women’s junior race Letizia Piffanelli from Italy won in front of Perrine Lavalley from France and Katy Walker from Great Britain.French representative Emeric Petot was the winner in masters event, with Ronny Meissner finishing second and Guy de Prins third.

The date of next year’s edition is already known. Amsterdam Waterland Marathon will take place on 18th April 2020.