Nina Jelenc | European Canoe Association. Next canoeing European Championships of the season 2017 will start this week in France. 51 teams from 19 European countries will fight for the Canoe Polo European Champion titles in Saint-Omer, located approximately 70 kilometres from Lille. 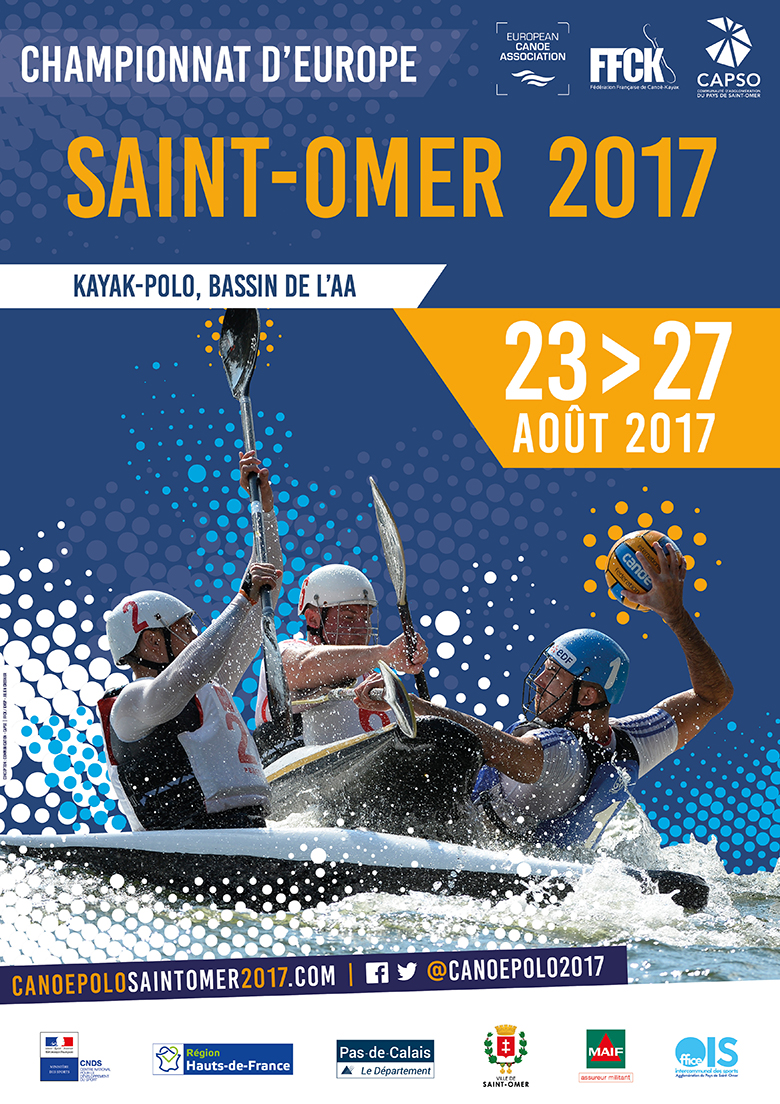 The tournament will start on Wednesday with an opening ceremony; the first matches are scheduled for Thursday. First medallists will be known on Saturday, when men and women in U21 categories will play in the semi-finals, 3rd place matches and gold medal games. On Sunday championships will conclude with final games in women’s and men’s senior categories.

The 2017 ECA Canoe Polo European Championships has been awarded to French organisers back in 2013 and since then the venue experienced renovations and improvement with the goal of ensuring the best conditions for participating teams. Two new pitches have been constructed and added to the existing two.

Mayor of Saint-Omer François Decoster sees this championships as an excellent opportunity for visibility and promotion. After all, organisers expect 550 members of delegations and additional ten thousand spectators during the four competition days. In the organisation of the event 220 volunteers will join forces.

Italy and France won silver and bronze medal respectively in men’s part of the tournament, in women’s part French and Dutch national teams joined Germany on the winner’s podium. In women’s U21 tournament Poland picked up silver medal and France bronze medal, while Denmark and Germany finished the event in men’s U21 category in second and third place.

Livestreaming will be available on Canoe Europe Youtube Channel: