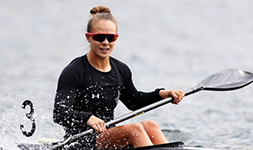 Lisa Carrington's quest for two Olympic golds may be aided by one of her chief rivals chasing three.

The Kiwi paddler is seeking a double triumph at the 2016 Rio Olympics next month in the women's canoe sprint K1 200 and K1 500 events.

Carrington won gold at the 2012 London Olympics in the K1 200 class - the only event she contested at the Games. 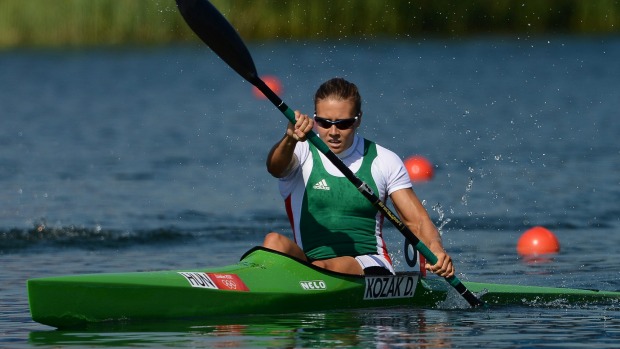 Danuta Kozak of Hungary is expected to be Carrington's chief rival in the K1 500.

Since then, she has added the 500-metre event to her regular repertoire and has won medals over the distance at the past three world championships.

She will start as a hot favourite to retain her K1 200 crown, but Hungary's Danuta Kozak looms as a fierce rival over the longer distance. The 29-year-old won gold over K1 500m at London and was also part of the Hungarian crew that won gold in the K4 500, backing up their silver - with Kozak in the boat - from Beijing 2008.

However, Kozak has three events she'll be competing in over a six-day programme at the Games in Rio de Janeiro. As well as the K1 500, the Hungarian will team up with Gabriella Szabo in the women's K2 500 and she and Szabo will be joined by Tamara Czipes and Krisztina Fazekas in the K4 500 class - which NZ will also contest with a crew of Kayla Imrie, Aimee Fisher, Caitlin Ryan and Jaimee Lovett.

Surprisingly, there was no room in the Hungarian women's team for rising young paddler Anna Karasz. She looked poised to be a major rival for Carrington when second behind the Kiwi in the K1 500 at the world champs last year.