This week Grafton Local Court found the 40-year-old from Byron Bay guilty of being in possession of a mobile phone while in prison and added a month to his current jail term.

He was jailed in December 2015 for two years and three months on drug manufacturing and conspiracy offences and due for parole on November 3 this year.

For eight years from 1997 to 2005 he was the darling of the kayak and surfski world.

The Australian Institute of Sport voted him the Athlete of the Year in 2004 and he picked up his third world title in the K-1 500m at Zagreb in 2005.

It was then paddle fell out of the canoe.

By the end of 2005 Baggaley was serving a 24-month ban for steroid use after testing positive to stanozolol and methandienone.

His story that he accidently swigged a dose of the drugs in his brother's steroid laced orange juice did not cut any ice the outcome as Australia Canoeing's 15 month ban became a 24-month hiatus imposed by the International Canoe Federation. 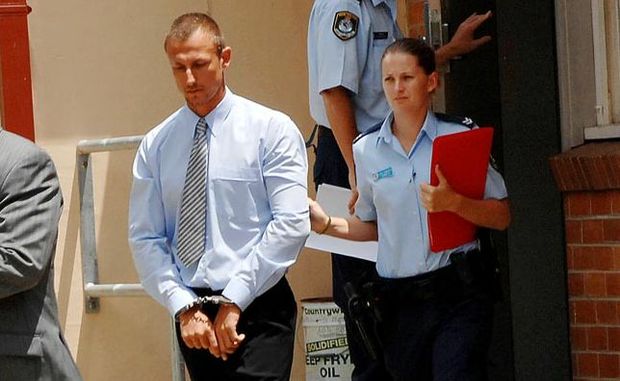 He put the performance enhancing drugs behind him, but his switch to involvement with illicit drugs in 2007 ended a planned sporting comeback. He was arrested in 2007 at Mermaid Waters on the Gold Coast with hundreds of ecstasy tablets in his possession.

In February 2009, Baggaley pleaded guilty to manufacturing 1,509 tablets of the drug MDMA and to two counts of supplying a prohibited drug.

His younger brother Dru, arrested with Nathan, pleaded guilty to manufacturing 13,500 tablets of MDMA and one count of supply. He was sentenced to nine years in jail with a non-parole period of five years.

He was also convicted of stealing a surfski from the Byron Bay Surf Club in 2007 and placed on a good behaviour bond.

Baggaley was again caught dabbling with performance enhancing drugs in 2010 while in jail at Cessnock when he was found to be in possession of illicit steroids. After spending time in several of the State's jails, Baggaley was released from Grafton jail in November 2011.

Two years later he was back in the spotlight when Australia Federal Police charged him with being part of a conspiracy to import a commercial quantity of drugs into Australia, conspiracy to manufacture the psychedelic drug 2C-B, manufacture and production of a prohibited drug and one count of supplying a large commercial quantity of a prohibited drug.

In February 2015 he pleaded guilty to manufacturing and conspiracy charges and in December was sentenced two years and three months non-parole time in jail. He was serving this time in Grafton jail to be closer to his family in Byron Bay when the latest offence occurred.